Intel reveals 48 GPU results to show competitiveness with RTX 3060! Want tests and graphics to see if the Intel Arc A750 board is really worth it? So it gives you —following the series of demo videos of the novelty, which has already had separate tests with Death Stranding e Control, now Intel has released a more extensive material, but that sums up well in the chart with 48 comparisons of average FPS from A750 versus NVIDIA GeForce RTX 3060, its main competitor.

Specifically, there were 42 DirectX 12 titles and six Vulkan games. These are “handpicked” titles, says Tom Petersen in the video, which shows approximate results in games like Fortnight, Call of Duty: Warzone, Far Cry 6, Resident Evil Village, among many others. The company at least seems to be being transparent, as we can see, after all, that the RTX 3060 also wins in many cases.

On average, Intel’s card performance is 3% to 5% better than NVIDIA’s when it wins in titles running at 1080p. On the 1440p front, it looks like Intel wins in more benchmarks. On average, it’s a win of about 5% in the 42 games, or there are still cases where the performance margin decreases between one GPU and another.

Intel has also tested six Vulkan titles, where it appears to be trading blows with the RTX 3060 once again. It is also worth noting that the brand was restricted to testing games in DX12, since to improve performance in DX11, the company should probably take longer. 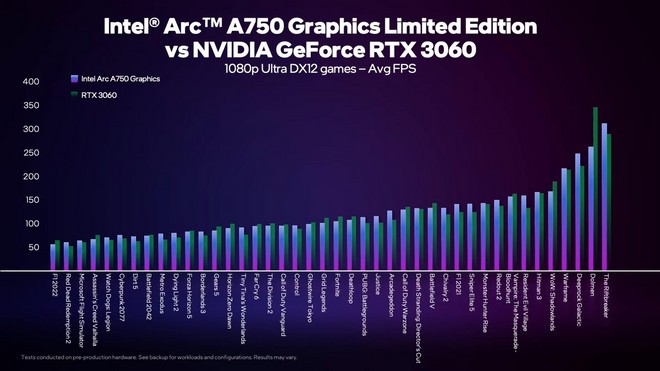 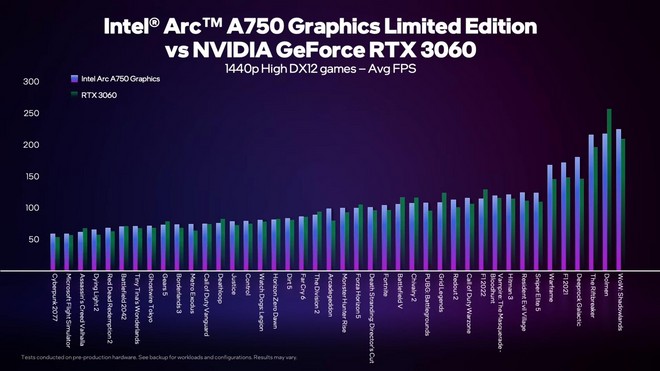 Intel performed these latest benchmarks on identical systems running its Core i9 12900K CPU and 32GB of DDR5 memory, as well as using its own driver and NVIDIA’s 516.59 to make the comparisons. Arc GPUs will require 10th Gen Intel processors or newer, or AMD Ryzen 3000 CPUs and above, all with motherboards that support scalable BAR.

Intel has yet to announce official pricing for the Arc A750, but recent leaks suggest the news will stay between US$299 and US$399.

After bringing a first test (not so detailed) of the game Death Stranding running with Intel Arc A750the manufacturer is now continuing its series of videos detailing the GPU that should be released between the end of this year and the beginning of 2023. Hideo Kojima’s game appeared to be running at around 90-100 FPS at 1440p, but the details of the graphics were not released. 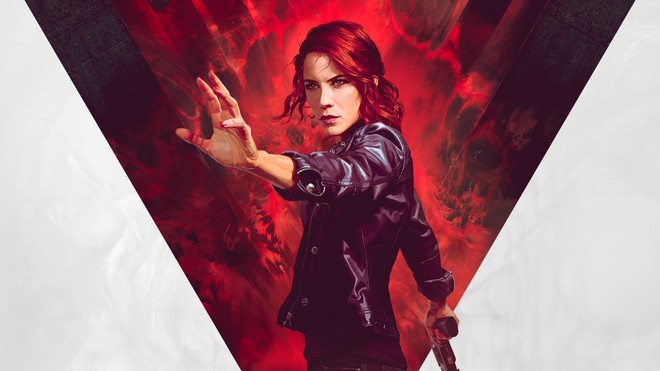 In the video published on Tuesday (2), control is the highlight of the video, also at 1440p, but now they’ve been careful to display the high settings, with ray tracing turned off. Remember that this model has configurations such as an ACM-G10 GPU of 448 EUs, 3584 ALUs, and 12 GB of GDDR6 memory running on a 192-bit bus at 16 Gbps and a TGP of around 200 W.

The novelty can cost between $300 and $350 in the US market, and Intel has confirmed that the Arc Alchemist graphics card will support the latest DisplayPort 2.0 and HDMI 2.1 interfaces.

Returning to performance, the tests are done at a very quiet moment in the game, right at the initial level, and the card is capable of delivering up to 67 FPS, while the average drops to 58-60 FPS when the beating starts and there are some other effects in play. Tests from the WCCFTech portal suggest that, in fact, the Intel card would be about 15% better than competitors like the NVIDIA GeForce RTX 3060 (average 52 FPS) and Radeon RX 6600 XT (at 50 FPS). 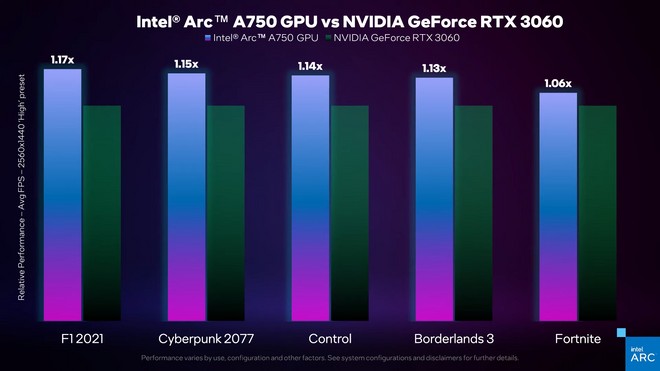 Still, it’s worth taking the information with suspicion, as other components of the Intel PC or WCCFTech tests (with a Core i9-12900K and DDR5-6000 configuration) can affect this performance.

The real test is very quick, but Intel takes advantage of the video to put up a graph also comparing the performance of the novelty in other games with the RTX 3060—they showed, of course, only cases where the advantage is of the Arc A750, which could be up to 17% better in F1 2021, but only 6% better in Fortnight.

For those who were curious to have practical details of the new Intel Arc boards, which have already had their specifications confirmed by the manufacturer, the brand has decided to start a new series of videos to demonstrate the power of its GPUs—naturally, in a controlled environment, which ends up showing the best and worst of the new equipment.

In this case, Ryan Shrout, from Intel, put the Arc A750 to work running Death Stranding in 1440p on a state-of-the-art HDR QD OLED display. In this demo, we can see that Hideo Kojima’s game runs at the basis of 90 FPS in resolution (it’s worth noting that the monitor appears to be 4K, that is, 2160p, but the developers chose not to push this aspect to the limit).

The video is dedicated to highlighting the features and performance of Variable Refresh Rate (VRR) on Arc GPUs, alongside this Acer 120 Hz refresh rate monitor, with VRR support, via Display Port.

It is also possible to see that the frame rate is capable of exceeding 100 FPS depending on the graphical complexity of the scenario, which gets heavier in outdoor scenes. Due to the Adaptive Sync technology enabled, both the game’s frame rates and the monitor’s refresh rate walked together. As a result, low-quality gaming experiences caused by out-of-sync rendering and display went out of the picture.

It is worth noting that performance at this level is very similar to what other boards already achieve, such as the GeForce RTX 2070 Super, RTX 3060 or Radeon RX 5700 XT. These comparison frame rates were achieved at the highest quality settings — which Intel doesn’t specify in the Arc A750 test, but it is assumed they are at the highest settings.

With support for VESA Adaptive Sync monitors, Intel will also validate more than 100 best-selling VRR monitors, so gamers will have a wider range of options when building their setups.

The Arc A750 is an “almost top” model with 24 Xe cores. The previous expectation was that the video card would hit the market with 12 GB of GDDR6 VRAM, but now we officially know that its capacity will be limited to 8 GB with 16 Gbps modules. The bus will be 192 bits and the TGP will have a limit of 200 W. The card should arrive by September this year.