Windows Gaming Insider Pack users on Windows 10 and 11 were pleasantly surprised by the latest update to the Xbox and Xbox Game Bar apps. With the change to the Xbox Cloud Gaming, interface came new speculation about the proximity of mouse and keyboard support.

In the new version, it is possible to notice the mouse and keyboard support icons, as well as a filter that will help in the search for games with this possibility. Currently, Xbox Cloud Gaming only supports joysticks and touch commands. An Xbox gamepad is required for PCs and laptops. It is even contradictory that the Xbox Cloud Gaming collection is one of the largest when compared to other streaming services, including titles from Microsoft, Bethesda, and EA, but that it does not reach an audience that does not have a gamepad. 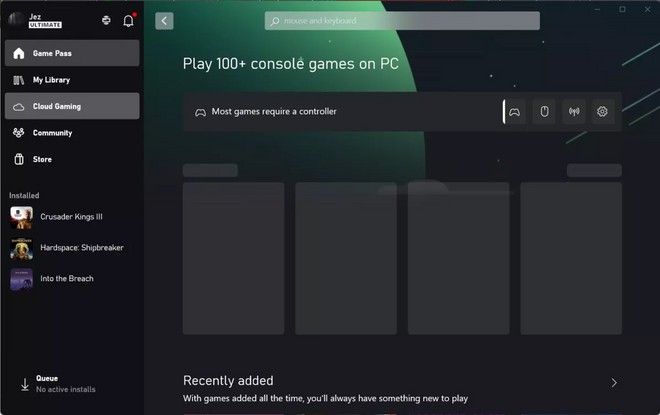 Users complained that, for now, the update brought some bugs, with thumbnails and cloud games having startup problems.

Further down, you can see the new filter that brings up a mouse and keyboard next to the control options. Among the games in the catalog with this new layout are Psychonauts 2 and Sea of ​​Thieves.

Because Xbox Cloud Gaming uses Xbox console hardware to run the titles, only games that support mouse and keyboard on Xbox consoles will receive the same level of support on Xbox Cloud Gaming. However, so far this is all speculation and there are no official dates or confirmations of when the changes should come — or if they should come as expected by users.

It is worth remembering that it is important to think about the quality of the video algorithm, which can handle the most precise movements of a mouse and improve the user experience.

Microsoft is set to add mouse and keyboard support to Xbox Cloud Gaming (xCloud), its service that lets you stream Xbox games to televisions, computers, mobile devices, and more.

At the beginning of the year, the company had given indications that it would bring the functionality and is now encouraging developers to prepare for the addition of a mouse, keyboard, and major improvements in latency. Xbox Game Streaming Team Software Engineer Morgan Brown explained that Xbox has had keyboard and mouse support for years, but now the goal is to bring the function to PC streaming users.

Previously, Microsoft Flight Simulator director Jorg Neumann hinted that keyboard and mouse support in Xbox Cloud Gaming could arrive this winter. The company has been encouraging developers to think more about this feature for games that stream on PC, so it’s likely to appear soon. 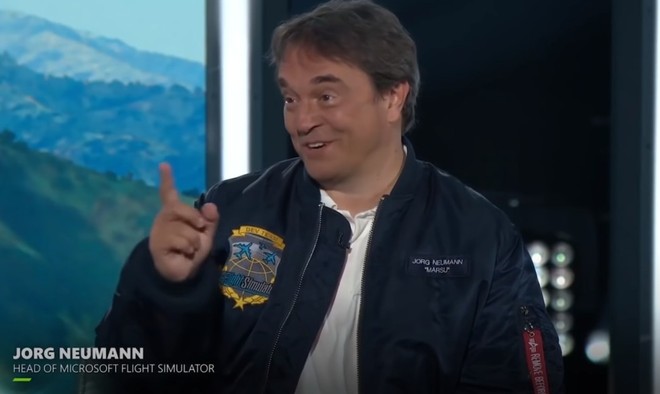 The intention is that games on the Xbox platform on Cloud Gaming, not those on PC, have the possibility for the player to choose to play with a mouse and keyboard or the traditional joystick. Titles like Sea of ​​Thieves, Minecraft, Halo Infinite, and even Fortnite could count on the novelty. Currently, few games have this function.

Along with mouse and keyboard support, Microsoft will also provide more options for developers to improve streaming latency in their games through the new Display Details API, which can save up to 72 ms of latency overall. It uses Direct Capture, which reproduces hardware resources in software to eliminate waiting time for VSync, doubling or even tripling the load, and can even do the scaling necessary for televisions.

However, Direct Capture supports a maximum resolution of 1440p and there is no support for dynamic resolution or HDR yet, but this should not be a problem for most developers as Xbox Cloud Gaming runs games at 720p on mobile devices and even 1080p on PC. Microsoft intends to increase these numbers and reach 4K, but there is no forecast for that to happen. 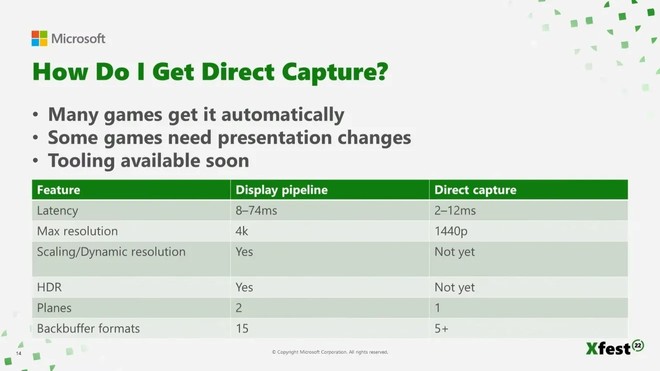 Latency improvements are key for in-game streaming services like Xbox Cloud Gaming, and Direct Capture is a promising feature.